“Forces” is a series of sociological paintings, derived from found web images, that draws focus to a particular American subculture or experience. The specific source material for this series is images of young men and women serving in the U.S. Military. In a way, this series is the thematic flip side to the last, addressing a kind of coming-of-age that is very different from the one experienced by the elite prep school girls of the earlier paintings.

The images on which the work is based were all posted by service members on publicly available web sites, and depict their subjects in uniform, but in non-combat settings. I wanted to zero in on moments of down time, moments that seem suffused with an odd combination of boredom, bravado and anxiety. My hope, in rendering those images as paintings, is to sharpen the complexities of their emotional tone – to capture their poignancy – but at the same time to make out of the images something iconic and remote.

In focusing on these images in particular, I was inspired by late 18th and early 19th Century French historical painting, especially the neoclassical works of artists like Ingres and David. The work of David in particular, much of which depicted the events and personalities of the French revolutionary and early Napoleonic period, was defined by the attempt to elevate events around him to the level of world history – a task he accomplished by reaching back to visual tropes of Greco-Roman antiquity. The result was paintings that were simultaneously about and outside their historical moment. My work, in focusing on our own wars of “idealism”, tries to do something similar: I render contemporary experience as history by taking the images I work from out of their original digital context and re-presenting them in a medium associated with the past (painting). In referencing some of the visual language of French neoclassicism into the work – particularly the compressed palette and strongly defined linear forms – I have tried to evoke some of the luster and stillness that gave those images their timeless quality. The effect, I hope, is that the paintings feel both very contemporary and disorientingly hard to place.

My ultimate goals in making contemporary history painting differ from those of an artist like David. Whereas that artist was interested in imbuing the famous figures of his age with historical grandiosity, the tone of these paintings is more modest and ambivalent. I am focusing on the ordinary persons who find themselves caught up in our historical moment, and on their more inward and reflective experiences. (The potential for tragedy exists in these paintings, but is still remote.) I want the images to feel simultaneously like historical portraiture and like candids, and thus more reflective of the way we experience history in the digital age, where the distinction between private and public experience has become increasingly blurred. As such, these paintings are neither a celebration nor a condemnation of their subjects. Rather, they are an attempt to explore a particular private way of experiencing the great historical event of our time – the war – and, in doing so, to find the monumental in the mundane. 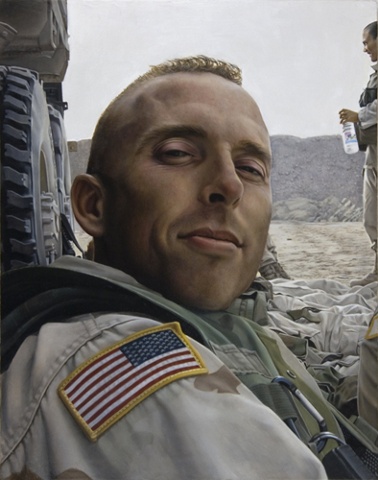 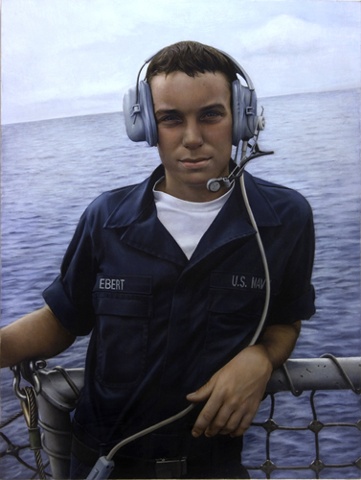 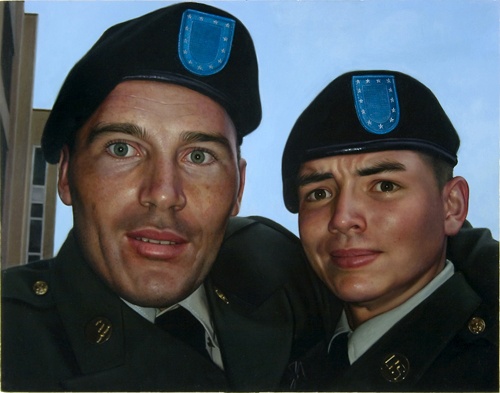 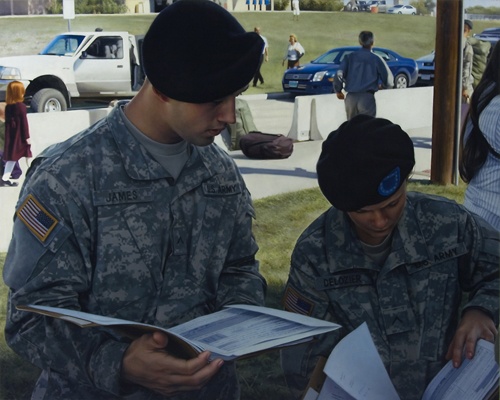 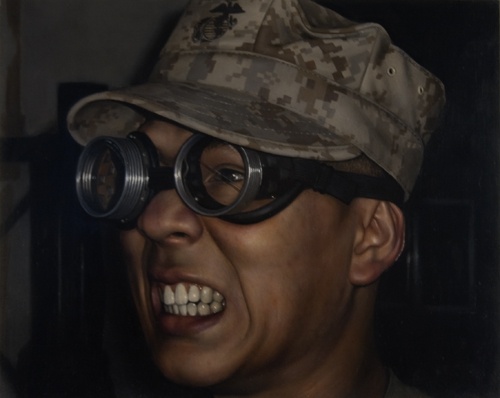 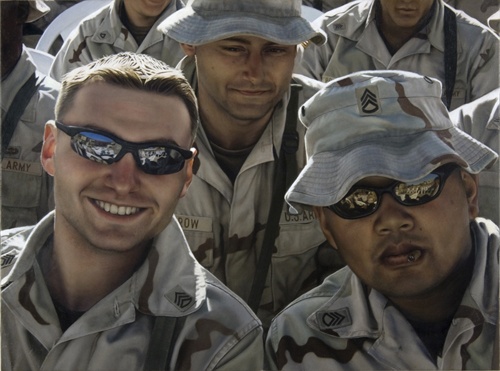 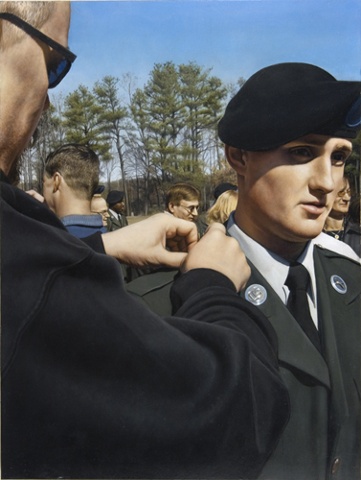 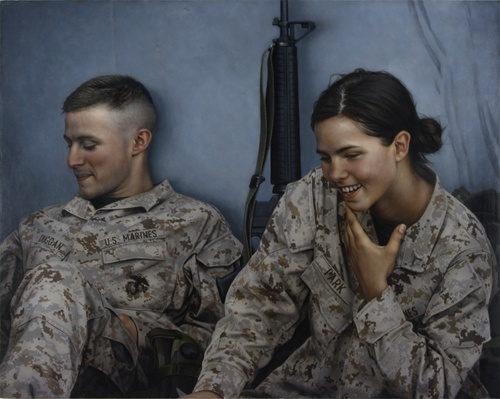 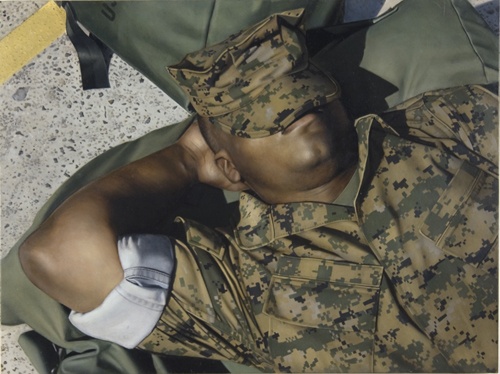 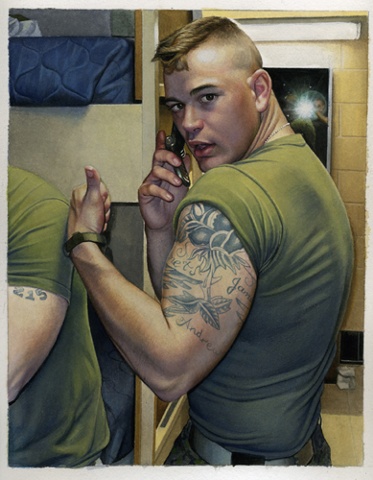 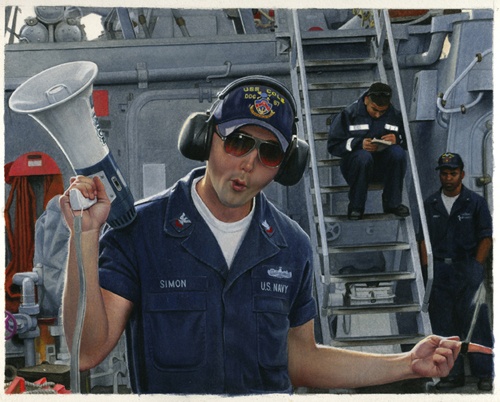 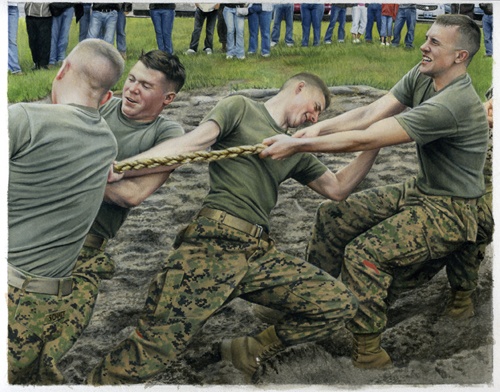 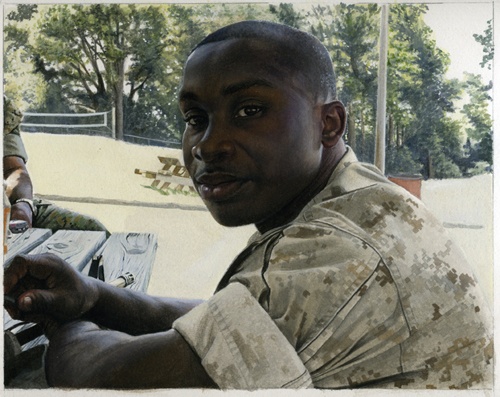 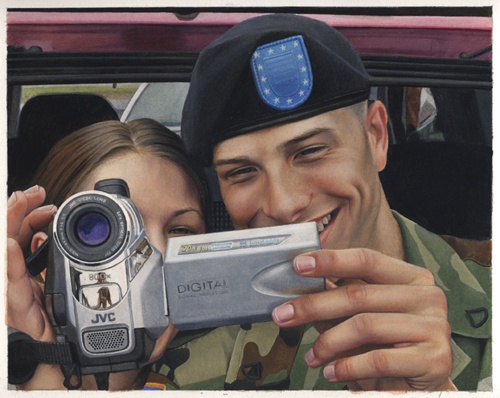 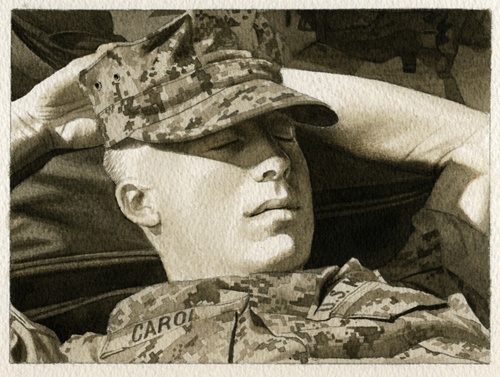 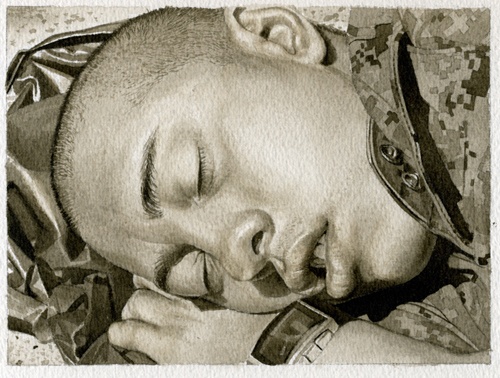 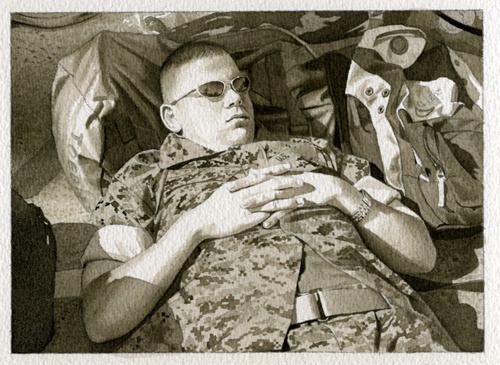 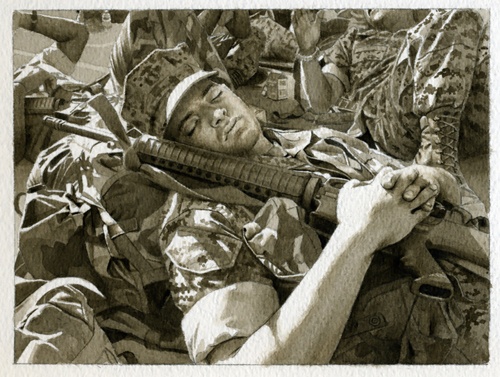 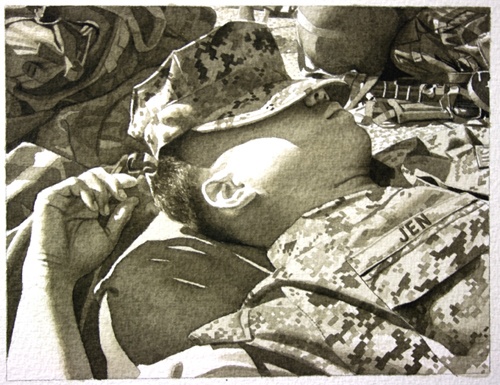